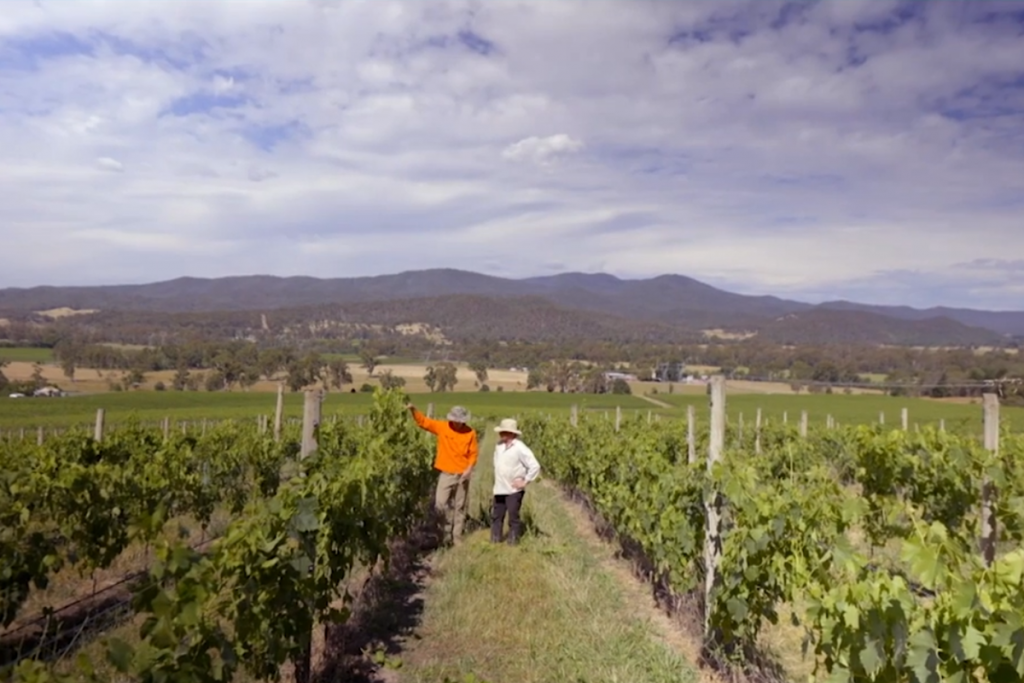 Fightback Farmers: Feeding Australia Together is a new ABC documentary featuring local heroes showing why co-operative farming could be a solution for modern agriculture and its communities.

The story of small Australian family farmers and fishers facing the challenge of a lifetime. Long cherished as the backbone of a nation and the heart of local communities, over time Australia’s family farms have been disappearing. But the fightback is on. David is taking on Goliath. Farmers and fishers are banding together in a modern take on an old way of working together – the co-operative.

It’s time to meet some of the brave Australian farmers and fishers fighting to turn the tide and save their farms, protect their local communities, and preserve a way of life.

As we discover, it’s not an easy journey for our farmers struggling to find their feet in the new co-operatives.

In Fightback Farmers: Feeding Australia Together we meet resilient dairy farmers in Victoria’s Alpine region trying to come back from the brink of financial disaster following the collapse of Australia’s largest dairy processor, brave lobster fishermen on South Australia’s Limestone Coast going global in the wake of a devastating trade crisis and the corporatisation of the industry and the Victorian country town and its co-operative who through innovation and resilience survived to build back better in the wake of an industry collapse.

“You can’t just keep treating animals like they’re a machine,” says Teresa. “It’s important that we get back to those fundamental roots.”

As the hunger to feed and clothe Australia and millions around the world intensifies, our farming nation faces a great challenge. To meet that demand, the pressure is on farms to consolidate, become larger and more industrialised. “Go big or go home” seems to be the mantra. This seismic shift is creating a fault line across Australia and small family farms are at the epicentre. Long considered the backbone of agriculture and the lifeblood of local communities, family farms of all sizes are disappearing. In the past 60 years, the total number of farms across Australia has plummeted by a staggering 50 per cent.

Under pressure from the big players, how should small family farms respond? And should they even bother in the face of an increasingly corporatised system of factory farms and fisheries? How do they fight for their financial future, for their families, their regional communities and the next generations?

During the COVID pandemic we all woke up to the importance of food security. Just how self-reliant are we when it comes to putting meat and bread on the table and milk in the fridge. In this new documentary we lift the lid on the thousands of Aussie farmers making sure our food supply chains stay free of economic pressure from larger players. At the same time producing food that we can literally trace back to the farm gate. Yet, it’s these farmers who face some of the biggest challenges.

With so much at stake, some farmers are banding together in a brave strategy that might be the answer. They’re turning back the clock to co-operative farming – a modern take on working together that could mean the family farm remains the cornerstone of Australian agriculture. They are finding strength in numbers. We meet the farmers and fishers taking charge of their lives, their environment, their communities, and their families.

Steve is the owner of Barking Mad Productions. He is the former Head of Factual at the ABC and is an award-winning executive producer and factual content creator. At the ABC, Steve set the vision and creative strategy for the highly acclaimed Factual department. He built a vibrant team responsible for the development, commissioning, production, delivery, and creative excellence of storytelling that entertained and surprised. Steve commissioned many titles from producers that brought acclaim, awards, new audiences and ignited national conversations including the hit series, War on Waste. Before the ABC, Steve enjoyed success as a producer with the likes of CJZ – where he created Great Southern Land and many more – and Ambience Entertainment. Steve also spent a decade as a producer and executive producer at the Nine Network where he rose through the ranks from news bulletin to creating and running factual and factual entertainment. A former newspaper journalist in both Sydney and London, Steve is the co-author of two best books.

Tara is a television executive with a successful record of launching and re-launching entertainment businesses and brands. Tara’s vision is to find engaged audiences and then the right medium to deliver content they will find compelling. It is this belief that has to lead her to develop, drive and produce varied content across Live, Broadcast, and Digital. As a creative, Tara has a passion for turning great ideas into the “real thing”. With a belief that the right people, thinking, and ideas can catapult a business, she has found herself leading a diverse range of creative projects from a live broadcast of the Powderfinger Breast Cancer concert on the Opera House steps, to the EP of many television series to promoting and producing a live show in 20 countries around the world.

Kay is a multi-award-winning director and writer of drama and documentary for both television and cinema. In documentary, as company director of Dream TV, Kay was co-producer, writer and series director for the six-part documentary series Race to London. She’s written and directed several episodes of the documentary series Who Do You Think You Are? – including Adam Goodes and Toni Collette – as well Recognition: Yes or No?, Family Footsteps 2, Desperately Seeking Sheila, Gangs of Oz, China – Monumental Vision, Under One Roof, Pirate Patrol and Cyprus – A People Divided. In drama, Kay has directed All Saints, McLeod’s Daughters and Love Is A Four Letter Word. Kay’s short film, The Killing of Angelo Tsakos and her feature film, Mary, were released to acclaim.

“He’s got seawater running through his veins,” says Slim’s wife Mandie. “He’s so passionate about fishing and his family.”